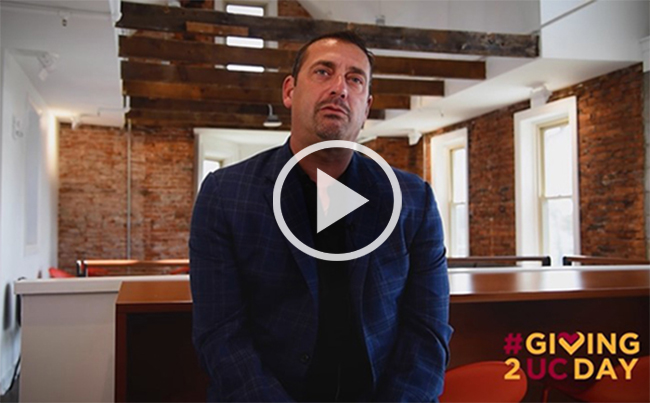 
“Growing up, to think I could’ve come to a school like this” Dubin says, “I never dreamed it could happen.” Dubin was an economics major who enjoyed the renaissance breadth of his liberal arts education, and that special Ursinus devotion to inquiry.

“I spent a lot of my formative years here,” he says. A member of Delta Pi Sigma, he values the long-lasting relationships he forged at Ursinus.

Dubin says Ursinus created opportunities for him “that just otherwise wouldn’t have been available.” Now, he works in Philadelphia as the senior vice president and general manager at CPI Card Group, but he enjoys returning to campus.

He also serves on the advisory board for the U-Imagine Center for Integrative and Entrepreneurial Studies, working directly with Maureen Cumpstone ’79 and students on innovative development at the center, Ursinus’s nucleus of entrepreneurship and opportunity.

Today, Dubin reports his liberal arts education has helped him to consider and answer important questions. “As I’ve gotten older,” Dubin says, “being a Bear means continuing to try to make a difference.”